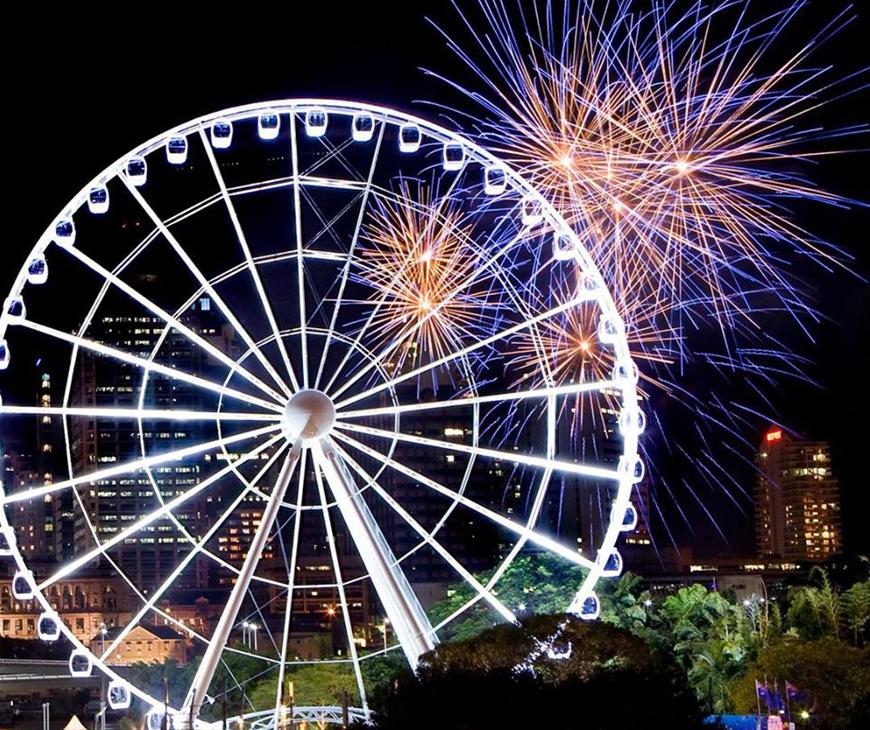 So much to see and do at South Bank

If you are visiting the Gold Coast from interstate of overseas, you will want to see the city of Brisbane while you are here; it is Queensland’s capital city and over recent years has developed as a world-class city in its own right. The recent G20 meeting held in Brisbane certainly put the city on the world map.

One of Brisbane’s premier attractions is the sprawling parkland on the south bank of the river. Its origins date from Australia’s Bicentennial celebrations when back in 1988, Brisbane was home to Expo 88, a world fair intended to promote Brisbane and southeast Queensland as a tourist destination. More than 15 million visitors attended expo.

After the end of Expo 88, the site – formerly an industrial area – was redeveloped as the South Bank Parklands and the site became a major leisure and cultural complex. There is so much to see and do at South Bank and it is a place for fun and especially families.

While parking is available at various locations, it is best to park your car at one of the Gold Coast railway stations and take the train. Alight at South Bank and then after enjoying your day and a stroll among the gardens, return to the Gold Coast via the South Brisbane station.

The first place to head for is the Queensland Maritime Museum. Indeed you could spend a full day here if you have enough time. The kids will love looking at the model ships and exploring the HMAS Diamantina, an old World War II naval frigate built in Queensland. Steeped in history, you can learn about life in the Australian navy during World War II. Later she became an oceanographic research vessel and her discoveries helped propel Australia to the forefront of oceanographic knowledge.

From time to time special exhibitions are held at the Maritime Museum and it would be worth checking to see if there is a special event before you visit so you can plan accordingly.

After visiting the museum, it is time to explore the gardens as you head towards South Bank jetty. Enjoy the marvellous panorama of Brisbane City as you stroll through the park. Pick up the riverside pathway and make your way to the lagoon. It’s a beach and play area very popular with families, so if you are visiting on a hot day make sure you pack the bathers for the kids – and don’t forget the sunscreen!

Time for lunch and there are plenty of cafes and restaurants from which to choose – or just sit on the lawns and enjoy a picnic. After lunch continue your journey through the parklands towards the Wheel of Brisbane.

If your legs are tired, one option is to enjoy a river cruise on one of Brisbane’s city cats. They are inexpensive and it’s a very pleasant way to enjoy the city skyline – both sides of the river.

After your cruise, return to the same jetty terminal and continue to explore the gardens. On the way to the Wheel you will pass the Nepalese Peace Pagoda, the sole remaining exhibit from the Queensland World Expo and a gift from the Government of Nepal. It is considered to be one of the most significant heritage items in Brisbane and well worth a look.

But it is the Wheel that takes pride of place. Carrying visitors 200 feet into the air in enclosed gondolas, the wheel is the one attraction not to be missed. It is an opportunity to see a magnificent birds-eye view of the city and is open from 11 am until 9:30 pm. The night view of the city is even more spectacular so people say.

After your trip on the wheel, you have two choices. If you feel you have had enough for one day you can head to the nearby South Brisbane railway station and head back to the Gold Coast. Or, if you still have time and energy, keep going towards the cultural precinct. Within the precinct lies the Queensland Museum of Science and Technology, the Queensland Art Gallery and the State Library. In reality these places are worth a day in itself and will be the focus of another blog.