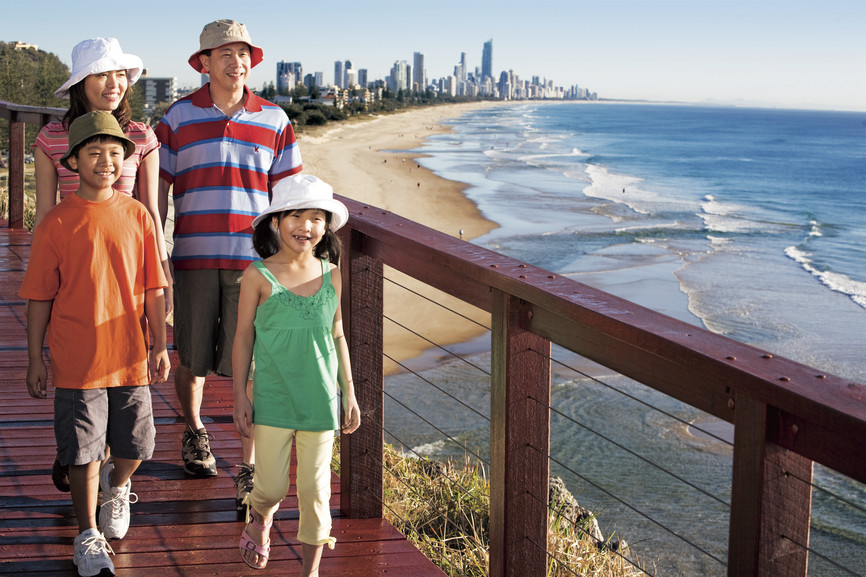 Gold Coast is becoming more and more popular among international tourists attracting about 6 million visitors last year. This is because of the city’s great weather, amazing beaches, friendly people, and numerous scenic attractions. For this reason, there is no perfect way to book your Surfers Paradise apartment than now. The Gold Coast can easily get crowded particularly during high season so make sure that you book ahead of time. Surfers Paradise is the best destination to stay in on the Gold Coast as it offers the most tourist attractions to visitors.

Based on official figures released by Tourism Queensland, there were 6 major source markets of international visitors for Gold Coast. These include New Zealand, China, UK, Europe, Japan, and North America. Among the 6 countries, there was a noticeable increase of visitors from China. Based on the figures, there were 202,000 Chinese nationals who visited the country from September 2012 to September 2013. This is a 36.6% higher compared to the same data gathered a year before. Compared to other source markets, this figure is the highest.

If China’s economy is tied down to the number of its residents going out of the country for a holiday, Australia can expect that the number of Chinese tourists will decrease this year. This is because China’s economic growth is forecast to slow to 7.4% in 2014. According to experts, growth will ease over the longer term as the country’s reliance on growth investment will be reduced and it will focus more on its domestic consumption. Growth prospects for other Asian countries have been forecasted to be low as well and this will have a negative impact on discretionary expenditure growth. Meanwhile, the most notable upward revision has been applied to United Kingdom and Japan. This year, as world economy is expected to grow, the higher growth forecast for some countries will play an important role in Australian tourism.

Visit Gold Coast and book your accommodation with us

If you’re a Chinese visitor looking for the best holiday destination in Australia, then the Gold Coast is for you. Expect nice beaches, warm weather, great people, amazing food, and endless shopping – that sounds like the perfect holiday wouldn’t you agree! When planning, make sure that you take care of your Gold Coast accommodation early on to get the best deals. If you’re going with a group of friends or your family, we recommend Surfer Paradise apartments that we manage here at HRSP.com.au. These are very spacious, stylish, and luxurious yet, always affordable.