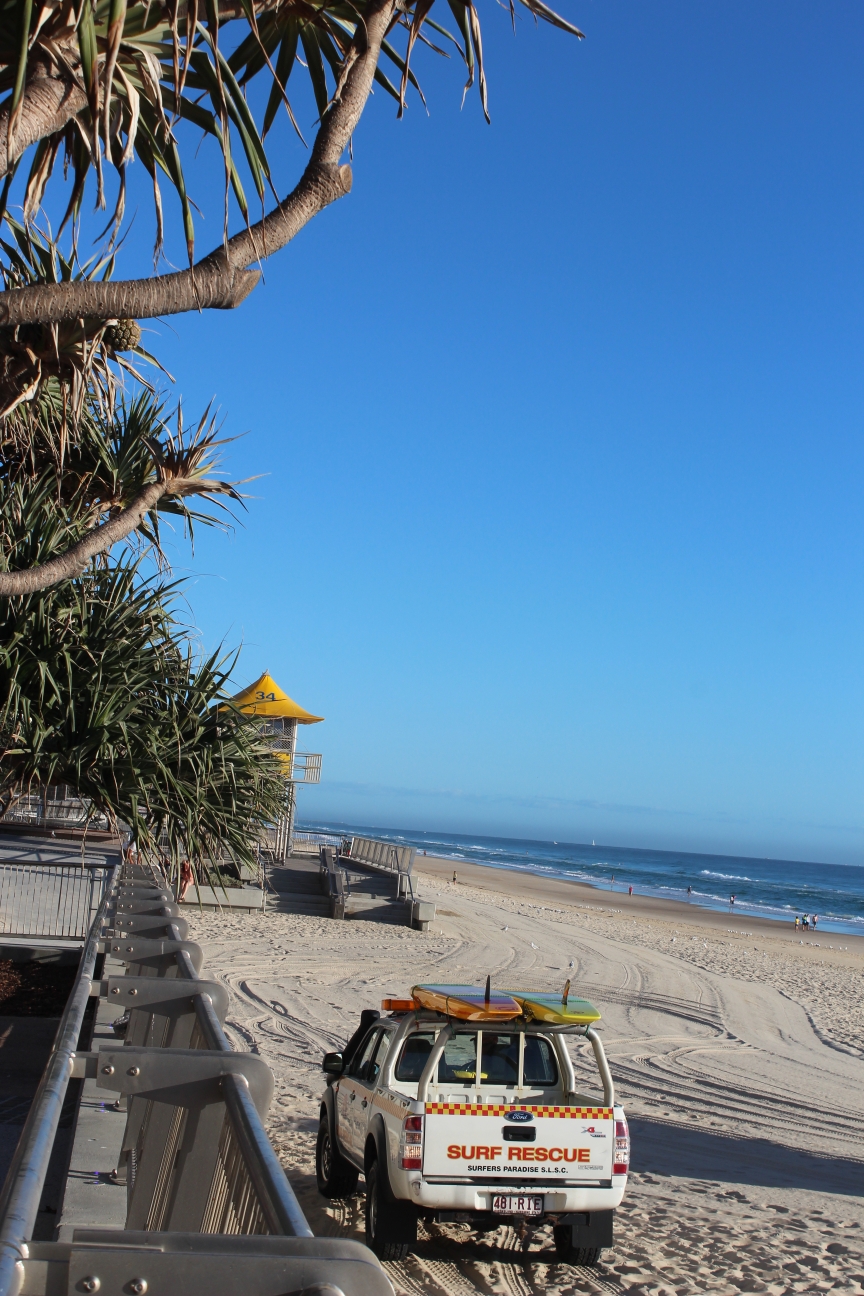 The Gold Coast is one of Australia’s modern cities nestled in the south eastern part of Queensland. Being a coastal city, it features incredible, stunning beaches and waterways which have helped make it major tourist destination in Australia. It is one of the best destinations if you’re idea of a good holiday is a relaxing day at the beach, meeting friendly people, a laid back atmosphere and almost always, perfect weather.

Aside from endless stretches of some of the finest beaches in the world, the Gold Coast also offers some of the best theme parks in the country, luxurious spa retreats, designer boutiques, upmarket bars, word class golf courses, restaurants and lively nightclubs. It is indeed heaven on Earth for those who want to relax.

The Gold Coast also serves as the gateway to some of the region’s great natural attractions. Discover the country’s Aboriginal culture or do some whale-watching off-shore. Go the west to experience the country’s most biologically diverse regions. You should also check out some of Australia’s World Heritage-listed sites which include Main Ranges, Lamington Nightcap, and Main Range. Explore the many waterfalls, lookouts, rainforest, and scenic bushwalks that the Gold Coast hinterlands offer.

Want to catch the waves? The Gold Coast’s beaches are not just for swimming but they are also perfect for water sports. Tackle the perfect waves of Duranbah and Snapper Rocks to understand why they attract both new and professional surfers from all over the world every single year. You can also snorkel through a shipwreck off Main Beach or walk the fine sand fringes of the Gold Coast.

Looking forward to adrenalin-pumping experience? Then, take on virtual rides at Dreamworld, watch how movies are made at Warner Bros Movie World, and swim with adorable dolphins at SeaWorld.

With so much on offer, it’s no wonder the best hotels in gold coast get booked so fast! Visitor numbers are growing in numbers each year as too are our accommodation bookings. Find out more by reading our ‘Gold Coast Hotels and Resort occupancy to increase’ post.


Tourism Queensland has released figures showing that the Gold Coast leads the way when it comes to arrival and departures in the region. In the year ending September 2013, Gold Coast registered 250,000 arrivals and compared to the previous year, this is a 10% increase. Meanwhile, there were 187,000 recorded departures, up 30% on the previous year.

Other regions that registered rise in arrivals are Melbourne (8%), Cairns (9%), Sydney (4%), and Brisbane (2%). When it comes to departure, Gold Coast’s figures shot up and recorded 30% increase while other regions registered below 10% rise.


This study proves what we already know: Gold Coast is becoming more and more popular tourist destination in Australia. Well, that isn’t shocking considering the numerous attractions it offers to tourists. There are definitely hundreds of things to do and see here. That is why, according to another survey, European tourists spend an average of 50 days here.


According on the same study, the number of inbound arrivals is expected to rise in 2013-2014. It says that additional 5.8% tourists will choose Gold Coast as their holiday destination this year, which is certainly great for our economy. This means that Gold Coast will welcome about 6.6 million tourists this year and 7.0 million tourists next year. These revised forecasts represent upward revisions from the forecast 4.2% growth for this year and 4.0% growth for 2014-15 in the previous forecasting round. The forecasts were revised because of two main reasons: lower assumed value for the Australian dollar and slightly improved economic outlook in the key source markets which include China (up by 13.5% last year), Malaysia, Singapore, and Hong Kong. For 2014, source markets are expected to be United Kingdom, the United States, and New Zealand.

By purpose, holiday, VFR (visiting friends and/or relatives), and business travel are also expected to grow this year and on 2014-15.

When it comes to 10-year forecast (2013-2023), inbound arrivals are expected to reach 9.3 million by 2022-23. This represents a 4.0% increase per annum on average. The top five inbound markets are expected to be New Zealand, China, the UK, the US, and Singapore. Arrivals from these countries are expected to bring an additional 3.0 million tourists in the next 10 years. China is expected to contribute 670,000 additional arrivals over the forecast period.


The same organization has revealed information on outbound travel by Australians. This means locals visiting another country. The study, which interpreted data gathered from June 2012 to June 2013, only considered trips of less than 12 months.

According to the figures, there were 7.5 million international trips that Australians aged 15 years and older took in the said period. These tourists spent a total of 150 million nights away on outbound travel, which represent an average of 20 nights abroad per overseas trip. The top 5 holiday destinations were New Zealand (14%), USA (11%), Indonesia (11%), Thailand (8%), and the United Kingdom (6%). 58% of the tourists said that they were travelling for holiday while 22% were visiting friends and relatives. There were also people (17%) who were travelling for business purposes.

From December 1999 to June 2013, the number of Australians who were taking international trips increased by 150%.


Planing a visit? Book hotels in Gold Coast with us!


Based on the information presented above, you’ll get a clear idea that year after year, Gold Coast has never failed to attract thousands of visitors. This is because it offers several diverse attractions that are sure to give anybody great holiday experience.

If you’re thinking of visiting the region, the next thing that you need to take care of after booking your flight is to secure hotels in Gold Coast. The best place to stay is at Surfers Paradise. This is one of Gold Coast’s most pristine beaches where world-class hotels and resorts can be found. Here at HRSP, we manage spacious apartments at some of the premiere hotels and resorts in Surfers Paradise. We also offer personalised Gold Coast holiday rental service for the discerning traveller. To help you make well-informed choices, we provide all the information you need. These include details of the apartments, photos, and even virtual tours.