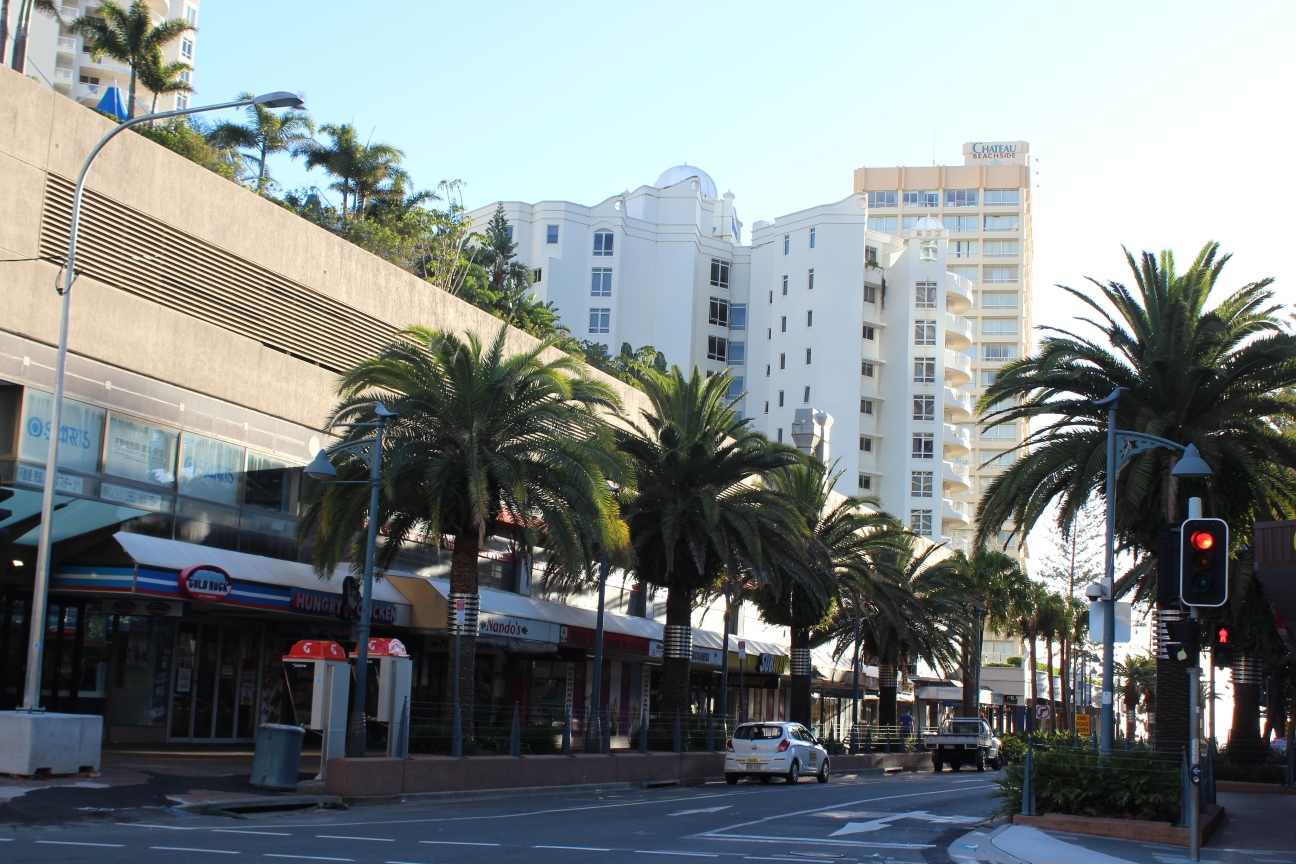 Queensland, which is the second-largest state in Australia, is an extremely popular tourist destination not just for international tourists but for Australians as well.

Situated in the north east part of the country, it is bordered by New South Wales, South Australia, and Northern Territory. It is also bordered by the Pacific Ocean and Coral Sea. For this reason, it features several beaches, which are considered some of the best not just in Australia but also across the world. The state, which was named in honour of Queen Victoria and which is known as the sunshine state, is composed of Brisbane, Cairns, Gold Coast, Gladstone, Redcliffe City, among others.

Aside from great beaches and great natural scenery, Queensland is also well-loved by tourists because of its friendly people and great weather all year round. It boasts enviable climate of warm sunny days for most of the year. This means loads of sunshine with occasional rain showers. In the South, winters are mild while summers are warm. Autumn and spring offer the best weather and make the best time to visit the region. On the other hand, the northern part’s wet season is hot and humid while the dry season is quite dry and mild. Average temperature from October to April is 25-30°C and it’s 10°C – 20°C from may to September.

Other reasons why Queensland attracts not just international tourists but interstate visitors as well is because of the great shopping experience it offers and because of it has some of the best theme parks in the world!

Based on the figures gathered by Tourism Queensland, domestic overnight visitors to Queensland rose by 1.9% in the year to September 2013. Main drivers are in the holiday and business sectors. There were 17,872,000 domestic visitors whose average stay was 4.2%. This is the same with the data gathered a year before. Meanwhile, the number of people who stayed here for holiday increased by 3.6% to 7,739,000 while their average stay dropped by 4.2% to 4.6 days. The number of business travellers also increased by 7.6% to 3,325,000. Their average stay also rose by 3.0% to 3.4 days. Number of VFR visitors (visiting friends and / or relatives) on the other hand, dropped by 1.2% to 6,128,000 but their average stay increased by 5.6% to 3.8 days. Looking at the figures, one can say that domestic tourism in Queensland remains stable.

Queensland largest domestic market (interstate) rose 6.1% from September 2013 to September 2013 with a noticeable increase in local VFR travelers, up 9.2%. The number of nights however dropped slightly, down 1.4% to 7.1 days. The number of holiday visitors increased by 5.5% to 2,483,000 while their overnight stay dropped by 1.4% to 7.1 nights. The number of business visitors also increased, up 7.6% to 1,144.99 with their number of nights also increasing 2.9% to a 3.5 night average. Just like domestic overnight travel, Queensland interstate tourism is stable.

Gold Coast – This region saw an increased number of interstate visitors particularly from Melbourne and Sydney. In the year ending September 2013, there were 3,637,000 visitors with the majority coming from Sydney (up by 42%) and Melbourne (up by 22%). There was also a noticeable jump of business travel which registered up to 35% increase. Meanwhile, total expenditure increased by 5.8% to $173 million for the region.

Brisbane domestic tourism increased by 3.1% in the same period driven mainly by holiday travel which increased by 22.9% to 189,000 visitors. Due to the region’s effective marketing campaign, it attracted 12% more tourists from Sydney and 10% more visitors from Melbourne. Domestic expenditure increased by 5.1% to $158 million for the region.

Sunshine Coast, on the other hand, showed mixed result. Although the number of domestic visitors dropped by 6.0%, it registered an increase in the average number of nights spent in the region. For this reason, total domestic expenditure increased by 8.1% which highlight the fact that higher yielding travellers prefer this region.

Tropical North Queensland is one of the regions that saw a double digit increase in domestic travel. In the year ending September 2013, it registered a record of 1.7 million domestic visitors which represent 15.5% increase. Growth drivers are people who were on a holiday but this number was also complimented by VFR travel (up by 6%) and business travel (up by 20%). The region earned $93 million which represent 5.7% increase in total expenditure.

Southern Great Barrier Reef’s domestic visitation dropped 11.7% to 1,593,000, and with holiday visitors also dropping, down 15.0% to 520,000. However, it managed to record a double digit increase in domestic overnight expenditure (up by 10%). Driven by strong business travel, the region earned an additional $97 million on the same period.

Southern Queensland County managed to attract more holiday visitors (up by 13.3%) while the total number of visitors, which include business and VFR travels, was up by 1.5% to 1,870,000. It follows that expenditure increased by 8% to $50 million.

Mackay posted impressive results due to increases in both holiday and business travel. Total number of visitors increased by 20.1% to 778,000 while holiday visitors increased by 14.8% to 178,000. This means that travel accounted for twice the number of holiday visitors. Mackay enjoyed 15% increase in expenditure which translate to additional $53 million added to the region’s earnings.

Townsville domestic results were also impressive, boasting double digit increase in holiday visitation. Total number of visitors reached 955,000 which is an annual 7.3% increase. meanwhile, it managed to attract 16.2% more holiday visitors to 344,000. This contributed an additional $109 million to the region.

Whitsundays is one of the regions which saw a decline in both total number of tourists and holiday visitors. It managed to attract just 491,000 visitors which is 5.2% lower compared to previous year. Meanwhile, holiday visitors were down by 15.1% to 304,000. However, the region’s expenditure remained stable as visitors who have stayed here increased their spending by up to 5% per person.

Frazer Coast suffered the biggest decrease both in total number of visitors (-14.1%) and holiday visitors (-28.2%). In the year ending to September 2013, it managed to attract just 535,000 visitors and just 242,000 holiday visitors. However, interstate visitors increased their travel to the region and this represent 16.3% increase.

Why Queensland is favoured by interstate visitors

Based on official figures, you might get the idea that interstate visitors really love Queensland. If you’re wondering why, it’s because Queensland is your perfect holiday destination. It features great natural sceneries, amazing beaches, awesome theme parks, heritage listed sites, etc. It doesn’t matter if you’re from within Australia or you’re from other country, you’ll surely find something worth your while here.

If you’re looking for adventure, take a wonderful journey from Brisbane to Gladstone. Take on the Wheel of Brisbane if you’re looking for heart-pounding experience. For nature tripping, look down over the Glasshouse Mountains from Maleny at sunset. You can also do some trekking and the best spots include the one leading to Kondalilla Falls in Montville. Your other option is to hike in Queensland’s Noosa National Park. Want to try kite surfing? Then, head to Castaways Beach on the Sunshine Coast. You can also surf at Surfers Paradise on the Gold Coast. (Want the perfect day trip itinerary for the Gold Coast? Be sure to read our post ‘The Gold Coast: The perfect Day Trip Destination’)

Queensland is vibrant and diverse. The quality of life here rates highly on the world scale exceeding that of the United Kingdom, United States, and Asia-Pacific neighbours. The atmosphere here is relaxed and laid back while the people are friendly. They take the time to help out tourists and ready to offer genuine smile all the time.

Queensland, particularly Gold Coast, is almost synonymous to great islands and beaches. Whatever type of beach and atmosphere that you’re looking for, Queensland has definitely something for you. If you want to be with a crowd that knows how to party, the best place is the pristine beaches of Surfers Paradise. Meanwhile, if you want more laid back atmosphere but still be close to all the action, Broadbeach is highly recommended. Aside from beaches and islands, you should also check out Queensland breath-taking waterfalls. Some of the best are Natural Bridge Springbrook National Park, Wallaman Falls in Girringun National Park, and Millaa Millaa at Atherton Tablelands.

One of the best regions to stay in Queensland is the Gold Coast. Here, you can find not just amazing shopping centers, beaches, and great theme parks; you’ll also find some of the country’s most luxurious holiday accommodation. Here at HRSP.com.au, we manage some of the most spacious and stylish apartment on Surfers Paradise. Get an obligation-free quote here or call us directly at 07 5539 8553.